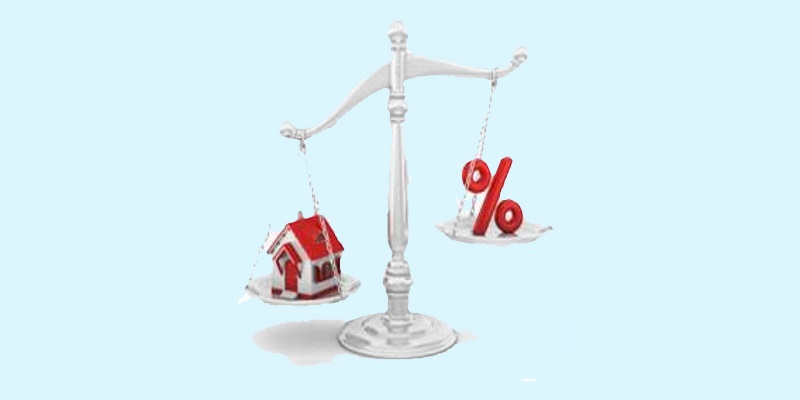 One of the challenges while buying your dream house is the challenge of deciding how much to borrow. And the next big decision to make is whether to go in for a fixed or a floating rate of interest while repaying the loan. Some people lock into a fixed rate because it offers them the ease of the same sum throughout the loan period and makes it convenient to apportion money. Others like to take their chances and go with the tide, literally.

One of the challenges while buying your dream house is the challenge of deciding how much to borrow. And the next big decision to make is whether to go in for a fixed or a floating rate of interest while repaying the loan.

Some people lock into a fixed rate because it offers them the ease of the same sum throughout the loan period and makes it convenient to apportion money. Others like to take their chances and go with the tide, literally.

To make an intelligent decision on this, borrowers must understand the current economic cycle and decide what suits them.

Before deciding on fixed versus floating rate one must look at various issues. One of the best ways to consider the deposit rates in banks. If bankers keep cutting the fixed deposits interest rate, it is a clear marker to settle for a floating rate.

When the economy looks up and interest rates slip from their peak, it is better to hope for a rate cut in the years to come.

In a particular economic situation, do spend some time to understand how to decide on the best option.

Let us go through the merits and demerits of both the fixed and the floating rates.
Advertisement

Fixed rate means that the lender fixes the rate for the entire loan period and the borrower has to pay back the loan at equal installments through the period—Equated Monthly Installment, usually known by its abbreviation, EMI.

But as lenders became experienced over the years, they have made the fixed rate not truly fixed.

They have introduced a several combinations to the concept of fixed rate. In 2004, for instance, several home loan institutions tied up with builders and offered competitive rates.

In the course of time, some of the lenders went overboard and offered a fixed rate of 7 per cent throughout the loan period. But when the economic tide—the interest rate—started to rise, it put lenders in a fix as they were losing money. Borrowers who had opted for a true fixed rate were blessed with lower EMI outgo.

With that experience under their belt, most lenders have increased the spread between floating and fixed rates. Non-Banking Finance Companies such as HDFC  have started to offer a “Variable Fixed” for 2-3 years and “Tru Fixed” for 10 years. After that period, the interest rates are re-fixed. So, in that sense, there is no fixed rate throughout the loan period.  On the other hand, lenders such as SBI have preferred to stay with the floating rate.

Consequently, those who borrow from banks will also see their EMI or the period of the loan changing as the interest rate fluctuates.

The only drawback is that in an upward cycle, the interest rate changes are fast, but in a downturn, it falls very slowly. Most of the time, borrowers enjoy the lower rate after a considerable lag.

Even this year, RBI cut more than 75 basis points, but at the ground level, the transmission is yet to fully take off.

Inflation is coming down as commodity prices are under pressure and that augurs well for India. Since our economy depends predominantly on commodities—and the trend is favourable right now—interest rates are likely to come down in next few years.

Over the next few years, interest rate will be under pressure and it will be prudent to borrow at a floating rate. If the cycle turns back after few years, shift to another lender. With the new loan, go in for a fixed loan, based on the tenure of the loan.

Instead, if your existing lender itself offers a fixed rate with a nominal charge, it is better to accept it to reduce the hassle of shifting.

In the process there may be a charge associated with the processing, so do evaluate the cost before moving to fixed interest.

If you want to ask queries to Mr Suresh P, please feel free to contact him on finvestor.in at http://finvestor.in/e/sureshpartha for a plan that fits you

SEBI RIA, Mr Suresh Parthasarathy can also be contacted at his website http://www.myassetsconsolidation.com/

PPF-Invest early in the financial year to benefit

Millionaire at a Young Age